I really need to apologise for the slow down in the quilt.  Have really been battling the no sewing mojo there is just too much going on on the home front at the moment, luckily  it has only taken a week to get this block together. And I have a wonderful sewing day with my friends to help me get all fired up and back in the swing.  Block 8 is now loaded on the Tree of Life Block and will remain there for a month.

The putting it together document by the time this uploads should be updated with Version 2.  Which gives instruction for the 1st and 2nd rows to go together and the border for the centre block.

I've been helping Mo work out a bag pattern that she can make at school as part of Home Ec and she finished a prototype today after a few tears last night in which I told her to pack it up and put on a movie and we would have another go this morning.   She does a bit of sewing but it isn't the same as her love of cooking but the need to be perfect is still there. 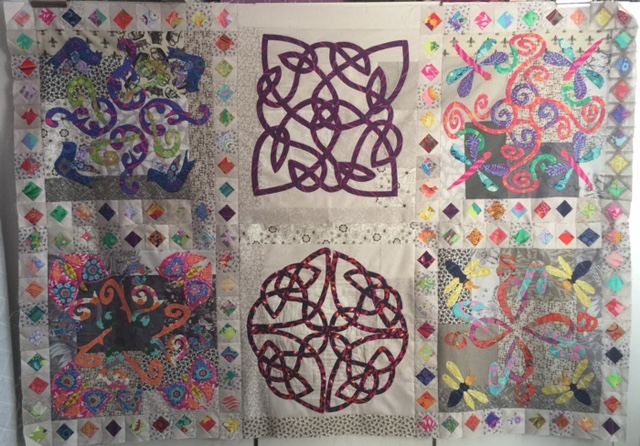 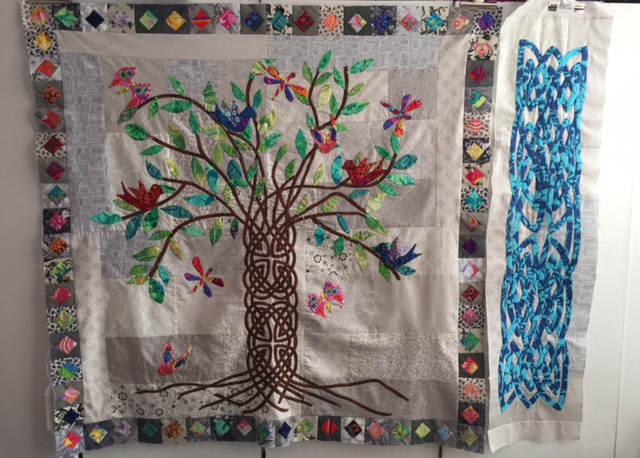 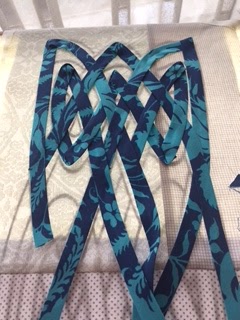 This week I have been working on block 8 of Celtic Tree of Life.  I'm going to have to do some work on the final template but the block is looking pretty spectacular.

I am also waiting on the arrival of the fabric for block 9 which I will get on to as soon as Block 8 is all stitched.

There are quite a few photo's on Instagram of the block coming together a couple are here.  I got about ¼ of the way stitching yesterday and last night so will be powering on again tonight.  I'm hoping by end of next weekend I will have the block finished and ready to release.

Yesterday my sewing buddies and I had a sewing day we were trying to do this regularly but life just gets in the way sometimes.  I know I really needed it and so did they.  We picked fabrics for Delilah by Jen Kingwell.  I even managed to cut one block.  The other girls did way better but I was wanting to do a bit of everything.

I also started working on the MO BOM which I now have all the blocks for, most of the fabrics I loved for this BOM except their choice of background fabrics. 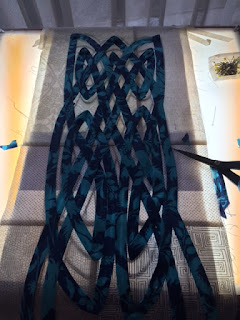 The day went way to quickly always the way when you are having fun.  It had done wonders for my sewing mojo which needed a big rocket.

I'm off to do some more stitching.  Fingers crossed I'll catch up again at the end of the week. 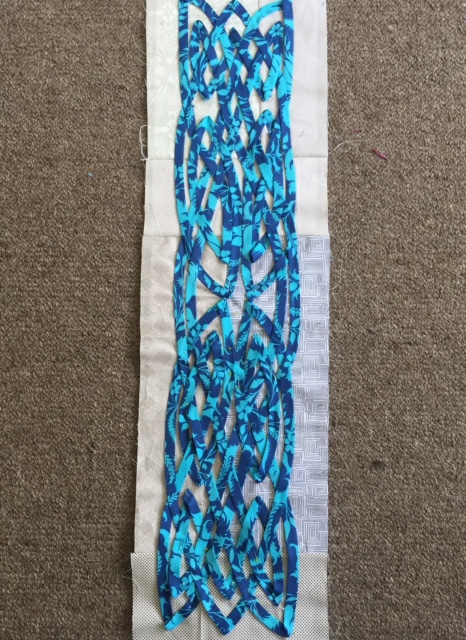 Sorry the pattern updates have been a bit slow the last couple of months.  There is quite a bit going on behind the scene which has sapped the sewing mojo.  But I have the top and bottom rows sewn together and the border for the central block completed.

Those of you who have teenage kids will understand some of the stuff we are going through, they are complicated creatures and both hubby and I have wanted to find an escape from adulting on more than one occasion over the last few weeks.

On top of this having to dealing with my MIL decline which is harder on my hubby than me.  At least she is only a 2 minute trip in the car to see her or a 5 minute walk which is a blessing if she is sleeping or is completely off with the fairies (which is more the case than not now) and he can come straight back home.  Just found out she has had another fall today. 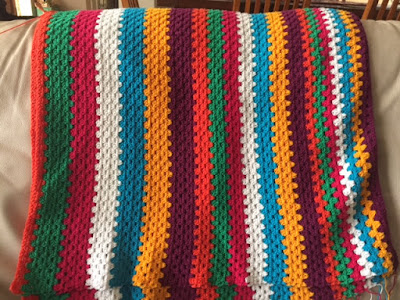 I've been crocheting a blanket the past couple of weeks, originally I was thinking of giving to my MIL however things tend to go walkabout at the nursing home so I have decided that I won't be giving it to her and I won't ever give her one of my quilts. We did purchase a nice quilt cover for her and thats been missing for a while now even though it was well labeled.  Mo's put dibs on the blanket now, she pretty much puts dibs on everything I make 😉 especially if she can snuggle up and keep warm with it.  I'm at the halfway point now and it should make a great blanket to throw over ones legs while watching TV sprawled on the lounge.

Back to the Celtic Tree of Life, here is the top row sewn together and the central block all bordered.  The side panels will be 8" x 36" finished and I haven't quite decided if they will be celtic knots or pieced blocks.  First I will have to see if I have enough light fabric to make the panels.   I had already picked out rectangular knots so we will just have to see if we can get them to fit. 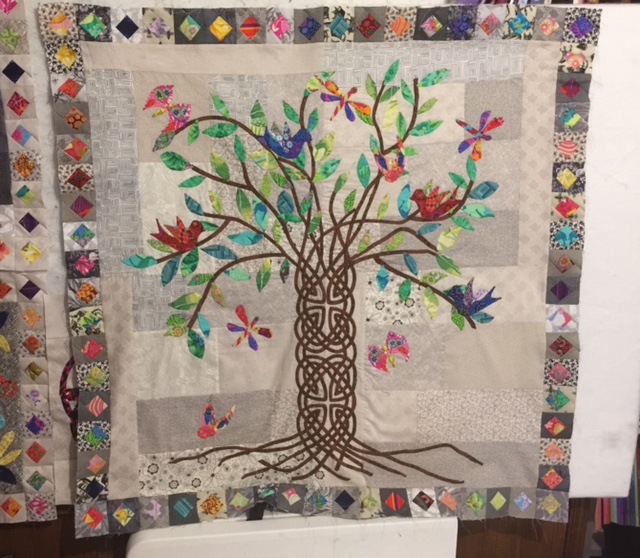 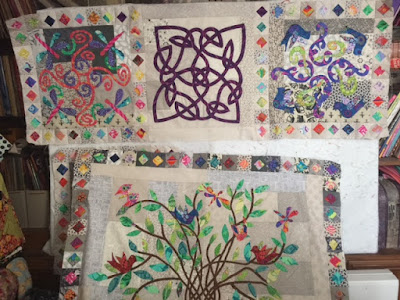 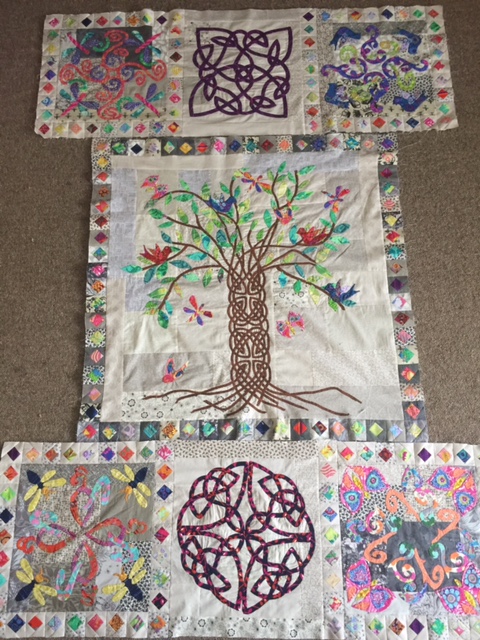 As you can see I haven't stuck to the original block placement.  I don't know whatI am going to do for borders.  I originally thought I'd do an appliqué border but it is kind of losing its appeal. 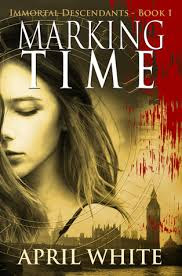 I'm 2 books deep into this series and I'm hooked.  It got recommended on Penny Reid's Facebook group by quite a few members which is good enough recommendation for me.  The series is 5 books and they are all out so no waiting to finish them before you move on to the next one.    If you love the Harry Potter books you would probably love these though the characters are older and more sophisticated.

It has everything, a strong female lead, time travel, a prophesy, shape changers, seers and vampires.  There is a battle against evil across time and real moments in history.  Book 1 jumps between the present time and Victorian England, Book 2 jumps back to pre Elizabethan England.

Bubbling in the background is a love story 125 years in the making.

Book 1 is free on Kindle, or you can get the first 3 books for the price of 1.  I went and purchased all 5 books so that I could just keep reading. 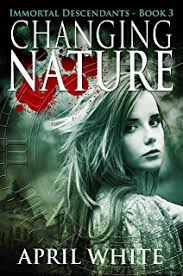 I saw a review that recommended it for teenagers 14 years and above.  Mo is on book 5 of Harry Potter at the moment and I have told her she should read these but she won't read on a kindle or ebook format and to get the paper copies of these books is $$$$ unfortunately.
Posted by seabreezequilts at 5/07/2017 08:02:00 pm 2 comments:

I guess the school holidays has been a time to just slow down.  Can't say I have had much sewing mojo unfortunately and have been crocheting at night.

I have trimmed the centre block down to 32 ½" square and am working on the square within square blocks to go round the edge.  There are 132 of them so if you want to get started you can following the same instructions as for the corner appliqué blocks there are just more of them.  As the centre square is pretty light, I have been using darker greys for the background of the square within a square blocks so that they form a defined frame. 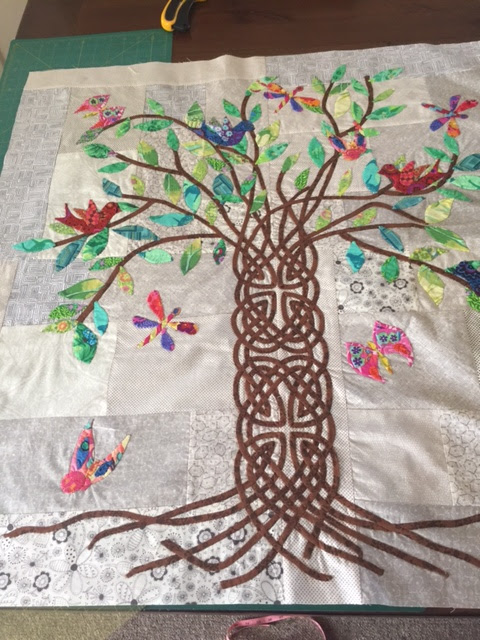 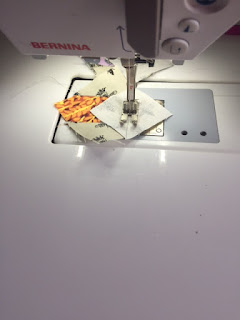 Mo hosted 6 girls for a sleep over.  They usually meet up every school holiday and it usually at one of the other girls houses who has a separate room outside for them all to make noise in, but they expected that friend to be away this time so Mo volunteered us for the event.

We did a Costco run and got a big platter of sushi.  I also came home with a small fortune in other food stuff.  Mo went nuts in the fresh food fridge section and Costco is pretty good for some of the healthy food options she likes to partake in (nuts and nutmeal, raw cocoa, chia seeds etc).  All the unhealthy option were put in the trolly by Maestro.

The sleepover was Friday night and Mo cleaned the house while I was at work and got everything ready.  She even made breakfast for the girls in the morning.

I've probably told you that Mo has got into running, in a big way and she runs about 12km every other day.  She has been having problem with blisters lately, and she sent me a picture while I was at work yesterday of her bloody sock and the terrible state of the ball of her foot and it really broke my heart it looked so painful (I won't treat you to any gory pictures).

She had planned to run after I left for work an we discussed the state of her feet and put a pad over the affected area and thought this would do the trick as she said it wasn't sore.  She did it only really stung for a couple of minutes when she was running so she was surprised at the state of it when she had finished.

I ended up booking her into the Drs just to make sure there wasn't any infection he has just said leave off running... which is going to be hard because as soon as it feels a bit better she wants to run again.  In the meantime DH worked with  a guy who runs marathons and he asked for some advice and he sent us a heap information about what he does and link to website about blister care and prevention for runners.

So I did a crash course last night in what to do with blisters and went to the chemist in search of hydrocolloid dressing which we found and gave her immediate relief and covered the hole in her foot.        The stuff is kind a like skin and helps the body to heal at the same time.    We are heading to a specialist running shoe place on the weekend to replace her shoes and I think I will be spending a small fortune on socks and other blister prevention products over the next little while and try and keep her from running for a week 😔.