I know I do a lot of the design work on EQ for my quilts, but first I plot a quilt out in my head. 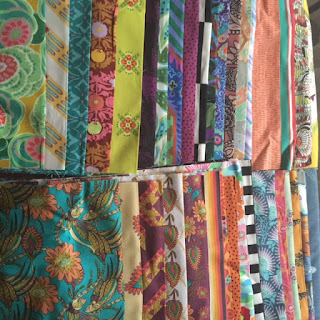 2016 BOM is still very much in my head and I have changed my mind about a couple of the blocks already a couple  of times.  The first block has been drafted in EQ for quite some time and that was all I had it was going to be a quilt with 9 blocks of equal sizes.

I do a lot of the brain drafting while driving to work and I came up with the idea of the central block which you might gather from the quilt title is going to be a tree while waiting at the lights.    Then came the idea of celtic knot work for the central blocks on the outside of the quilt I don't know where that came from probably in bed when I wake up at 2am.  Last years BOM was very haphazard probably because that was the way my head was working.  This BOM will be more ordered but no less intricate.

I have started pulling fabrics see below.  I can't guarantee all of these will be in the quilt but it is a starting point.  I'm really itching to get started.

The next block for Bee Inspired should be up shortly in fact I should have organised it today but i've been running around.  It will be up by tomorrow. 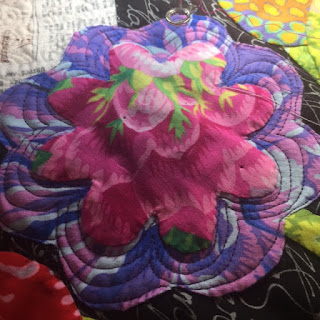 Bit of progress this week. 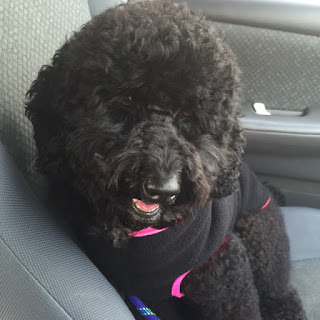 I've made some virtual progress on this years BOM.  My main concern has been how get a couple of the block patterns into EQ and I think I have worked out how to do it.  The patterns still need to be worked on and the  images smoothed out but the initial Block work is looking pretty good so I should be able to sharpen the templates further closer to publishing time. 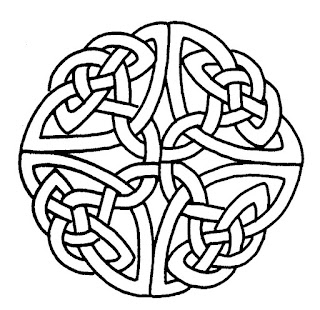 The Quilt  preliminary name is the Celtic Tree of Life and will feature celtic knots in at least 4 blocks.  Backgrounds will be pieced so be on the lookout for neutral's and greys.  I have purchased 25cm and 50cm pieces, to be honest I have lost count of how much I have because of course you can never have too many neutrals.  Once I work out the background piecing for the first block I will be able to calculate how fabric you will need.

I will be using my Kaffe stash together with my Material Obsession stash so there will be florals mixed with geometrics for the appliqué, basically anything goes at this stage and use what you like to make the quilt your own.  At this stage there will be no pieced filler blocks but that could change as I get into designing.

As with last years quilt the pattern will be just for the centre of the quilt and then I will give details of border options which you can choose to do or not.  I do this because I never like to make a pattern like the original so if I give you a couple of options and the requirements for those I think you can use your own creativity.  If there are appliqué templates required for the border these will be provided in the options so don't worry I won't leave you high and dry. 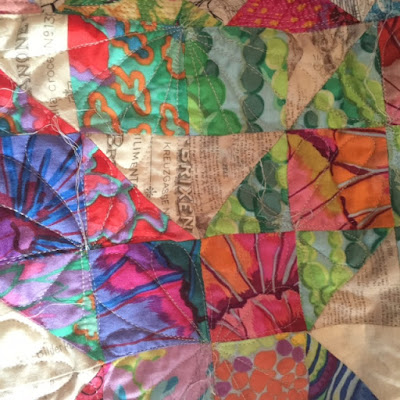 The quilting of Flowers for Alison seems to be never ending, but i have only 3 filler blocks to quilt now and then will work on the borders and then added texture to the appliqué.    I really hope to get the quilting finished by next week so that I can spend a month working on the next BOM and my target for that is the middle of August to release the first months pattern so it is offset against Bee Inspired.

I ended up getting a Dr's home visit on the weekend as I had a case of vertigo so that slowed progress down a tad but I was able to get back to it once the medication for the vertigo kicked in.

Looks like it is going to rain all weekend so I may get a lot of quilting done as there probably won't be tennis on the weekend.

I've been reading a lot lately and listening to audio books, the audio books mean I can listen and sew at the same time which I love because sometimes I would rather be reading a book than sewing but I do have a deadline.  I am currently listening to the Wall of Winnipeg by Mariana Zapata and a I rereading The Bird and the Sword by Amy Harmon.

I noticed a review by Penny Reid (another favourite author) on Goodreads a couple of weeks ago and decided to download The Bird and the Sword because of it.  She said it was just so beautifully written and it was a fantasy novel, a genre that I was an avid fan of many years ago.

She was right and a was swallowed up by the story and the characters in it.  It is a story about a girl who is mute who finds great power when she learns how to read, and a King fighting for a kingdom and his soul in a background of  prejudice and of course good against evil. I have since gone on to read A Different Blue, a contemporary novel about an American Indian Girl who doesn't know her identity abandoned as a two year old and her journey to discover who she is.

And then Making Faces, which is about love and redemption and seeing beyond the physical to the person within.  All three books have been captivating and beautifully written.

Progress on Flowers for Alison.  All the outline quilting of the appliqué blocks and borders are done and I have started quilting the background for the appliqué blocks.  I intend to quilt over some of the appliqué as well to give it some texture.  I love the batting I am using and it still has a lot of drape even though the background is heavily quilted.  I am still a bit unsure about how I will quilt the pieced blocks but I did have a thought this morning which I will probably try tonight.  I plan to do freeform feathers round the border.  Hopefully as we are coming into a long weekend I can get a lot done.

2016 BOM is coming together in my head.  I'm a bit stuck with how to get it into Eq so I may have to free form draw some of the pieces and scan the images in.  It will be quit different from last years the BOM the blocks will be less random and and I am thinking of including some Celtic Knots as well as lot and lots of flowers because I love to appliqué flowers.  I have no clue about the borders as per usual but I am sure I will have inspiration along the way.    If you want to make Flowers for Alison the Blocks can be purchased from my Shop. 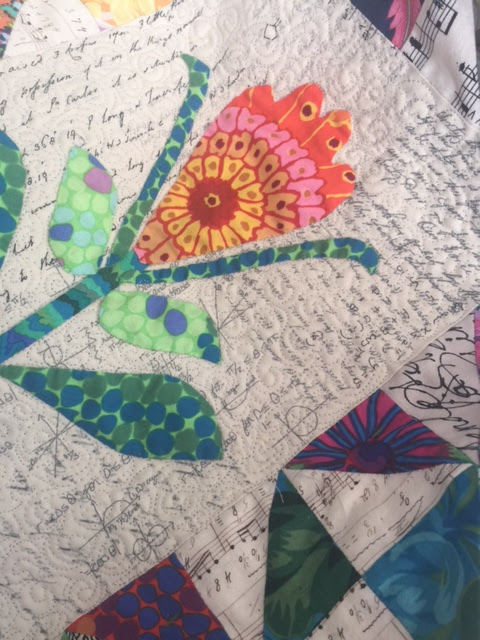 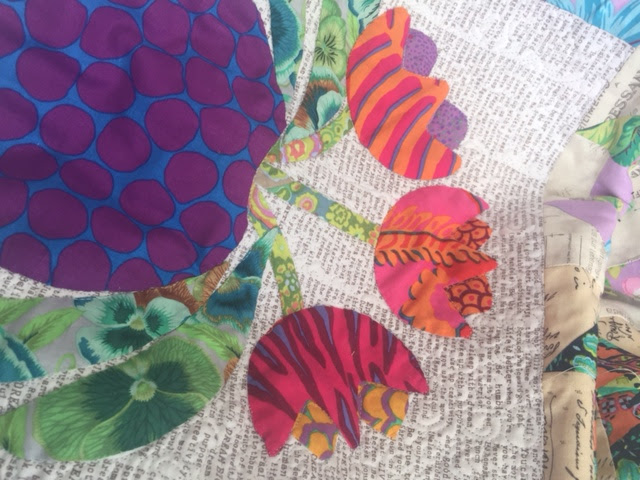 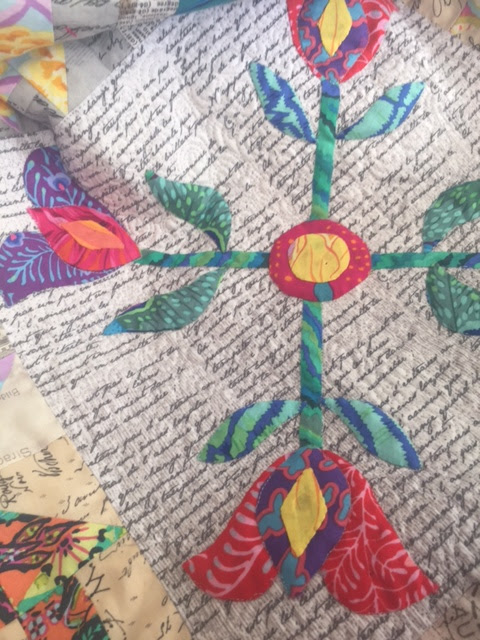