August has been and gone

August has been a really long month.  Sewing wise I've been doing lots of slow stitching working on Spring Fever by Jen Kingwell.  I have 7 main blocks to finish, I'm about 2/3rds of my way through.  This morning I am cutting the 1½" strips to make the checkerboard blocks for in-between I don't think I will start stitching these until I am putting it all together.  The quilt has a scolloped
edge but I think I won't bother with that as I have other designs on that fabric for another project. 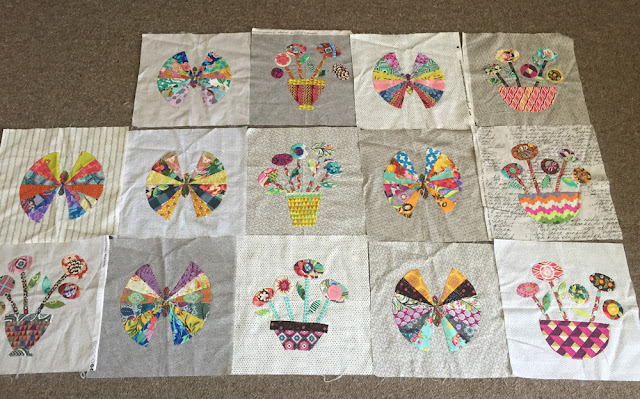 Last month I bought the starter kit from Amitie for Bakers Dozen and yesterday I sorted through my stash to find fabrics to go with it.  Each fabric I have chosen to add I have cut down to the same size as the Amitie Kit just to make sure that no one fabric overwhelms the quilt.  I plan to make this quilt for Maestro so I am trying to keep fabric selections as masculine as possible though there are a few small florals but I think the pieces will be small enough that it won't matter. 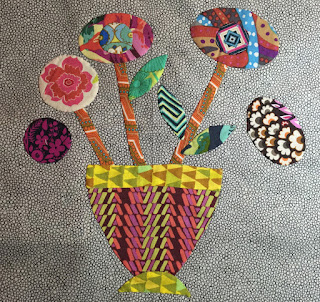 School has been a main focus this last month Maestro has been picking his subjects for Year 12, thankfully that is done just have to cross fingers that he gets into those classes.  Mo had to pick her subjects for Year 10 which was easier but she did agonise a little over it and worried that her friends had dropped Art, I told her to continue with it as she truly enjoys the subject and she needed to not worry about who was doing what and to follow her own path.  She is coping better with school this term and we haven't had to battle anxiety over workloads as yet and she is just taking it all in her stride.  We know that it is not something that will go away but we know what to look out for and we can get help again if we need it. 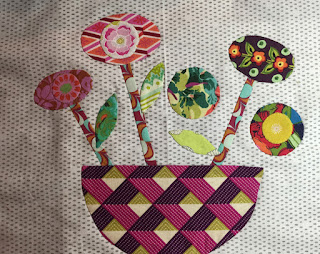 My MIL ended up in Emergency a couple of weeks ago and Drs pretty much had written her off, she had unexplained swelling in her neck and a cat scan was inconclusive they decided it was a tumour and she was just fading away.  Turns out she has a stone in the salivary gland which became infected and abscessed.  It ruptured and with IV antibiotics she came good, however the only option is surgery to remove the stone(s) and her sons have decided not to do that as another general anaesthetic would either kill her or reduce her mental capacity further.  I've come to the conclusion that we treat our animal's better than we treat our old and incapacitated.  Her quality of life is slowly being whittled away bit by bit, with each infection she loses a bit more physically and mentally.

We have had changes at work and I have increased my working hours, at least I can do them at home and work a full day on Tuesday, picking up the kids in my lunch hour then continue to work a full day.  So far it has been ok but I don't seem to make anymore headway with the workload.  To be honest I haven't enjoyed my job for a long time, but I like my boss and we make a good team and we need the money... I guess I'll be at it for a bit longer yet.

Mo set up a small fish tank in her room over the last month we just finished stocking it with the maximum no of fish the tank will allow, then on Tuesday she woke up to the fact that her female Molly (she only has one) must have been a bit of a hussy at the fish shop so we have 15 babies in the tank.  I thought natural selection would cut the numbers but they have stayed constant.  We are going to have to do something as they get bigger. 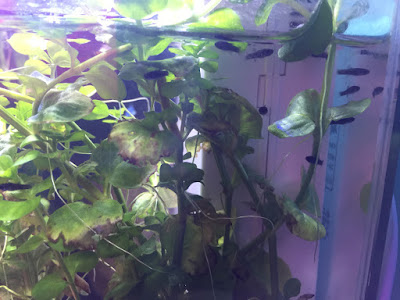