My favourite thing this week is my local quilt shop, Hetties Patch.  Sorry about the size of the photo's but I had to steal them from there website.  The shop is always neat and tidy (unlike my sewing room) and the staff are always friendly, welcoming and helpful.  And sometimes I get to play in the shop  work there as well, and Lorraine kindly stocks some of my patterns.

And they have a lovely large and light filled class room to do classes which is essential for any good Quilt shop.  Lorraine also stocks a wonderful range of gifts. 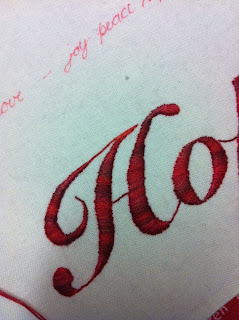 This is the last of the satin stitched finished I have one more small section to finish that I hope to get to today and then I will be able to make up the project.  Another strike off the list.

I think after August I am going to have a rest from deadlines. 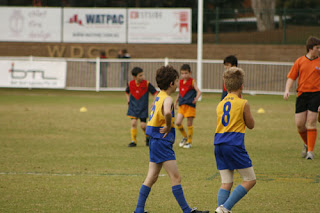 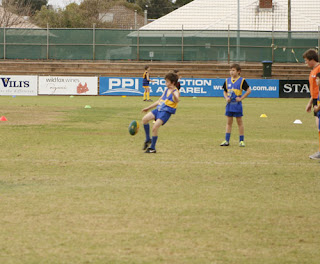 Well most of Saturday was spent at a Lighting Carnival for my son's school footy.  Here he is kicking a goal.  The were undefeated through the rounds and went on to win the grand final. 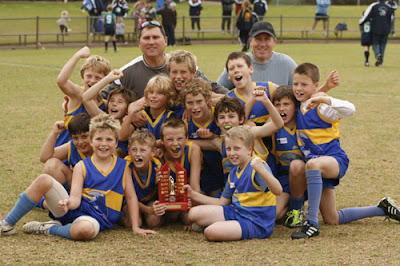 And the 6/7 team went on to win the grand final as well so that was 2 trophies for the school awards cabinet in the one day.

Yesterday was a little bit more laid back with a quick shopping trip to Harbour Town looking for a Crows Tracksuit for my son, as the one he is wears to the footy now is shrinking or maybe he is just growing at an unbelievable pace.  I said to the girl behind the counter that I probably should wait a few more weeks and you will be giving them away.  Squid wanted to buy a pair of boots, she settled for an $8 pair of runners from Rivers.

The other day I got an email from Itunes to say that the new series of Upstairs Downstairs could be downloaded on Itunes. As it is showing on Foxtel which we don't have I jump at the chance and bought the season.  Then I saw that they had a section called Costume Drama, so I had me a little look and found the BBC production of "The Tenant of Wildfell Hall" which is a favourite book of mine and I bought that as well and spent the afternoon stitching and watching 4 hours of "Mr Darcy Programs" as my husband calls it.
Posted by seabreezequilts at 6/20/2011 04:22:00 pm 4 comments: 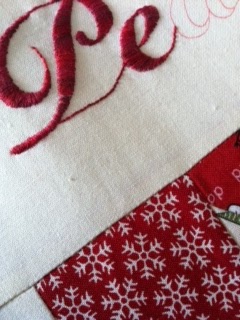 Everything I am doing lately I can only show you bits of.  This is my latest stitching extravaganza for Xmas in July at QFD. This is the second project but as I have to decided to do over-the -top stitching I thought I had better get a start on it.  The first project is at that just about done stage but I need to do one more so that I can take step by step photo's for the tutorial and I really don't feel like doing that at the moment.  I am using Canna Lily from Cottage Garden Threads and it really looks lovely with the subtle changes in colour.  But I think I have a few more hours of stitching to go before this one is finished.

This morning as I was leaving to go to my remedial torture  massage appointment this book was on the doorstep.  I don't know whether to stitch or read.  Maybe I'll stitch for a bit and read tonight.

Check out the other creative spaces. 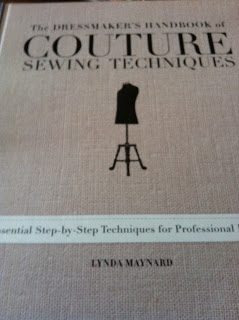 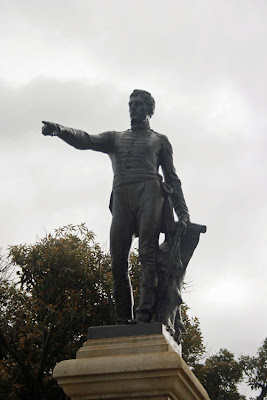 My son is doing a project on this guy for school and he wanted me to take some photo's.  He is Colonel William Light and he is responsible for the planning of Adelaide  the wonderful green belt that circles the city, the Park Lands. 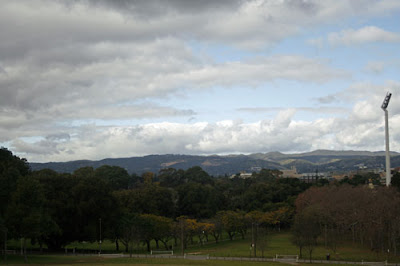 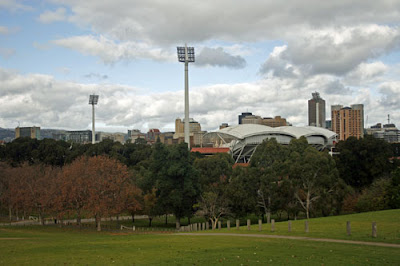 Here is the view from the hill where his statue is situated.  It affords views of Adelaide Oval, the city and the Adelaide hills 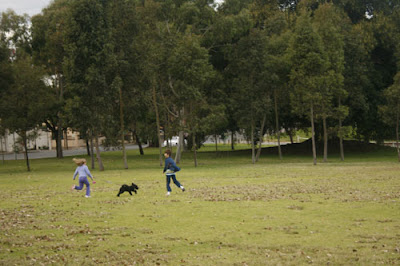 The kids enjoyed a run with the mutt down the hill.

We then drove to the city, where Light is buried. 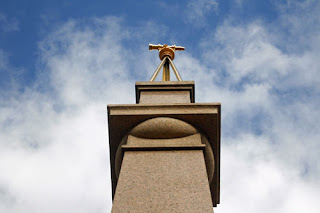 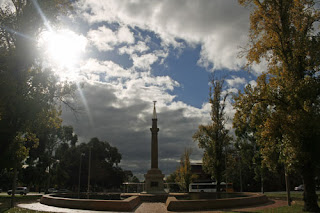 My grandparents lived in Col Light Gardens which is the only suburb in South Australia that is completely Heritage Listed.  Being Heritage Listed means there are lots of rules about what you can and can't do to your property, including the colours you can paint your house and what kind of fences you can erect.
Posted by seabreezequilts at 6/14/2011 04:06:00 pm 2 comments:

The last few weeks I have resigned myself to less blogging and more actual doing.  I have a few deadlines over the next couple of months and I really need to get on top of things for my own peace of mind.

This week I feel I have made real inroads and here is the proof.  First finish is the Glam Bag which was a pressie for Sue one of my sewing buddys.  The fabric is a lovely textured japanese print which I got from Hetties. 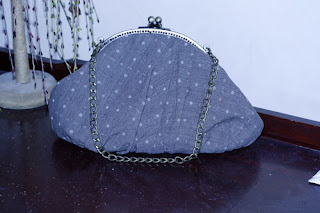 Then I went on to quilting the applique sampler and the binding is now just about done.  Now for the requirements list and it can go and live at Hetties until the class on the 7 of August.  I will also be doing a matching cushion.

But now I am working on the tiny whinny hexies for Xmas in July at QFD.

Want to check out more creative spaces head on over to OurCreativeSpaces.
Posted by seabreezequilts at 6/09/2011 06:31:00 am 10 comments: 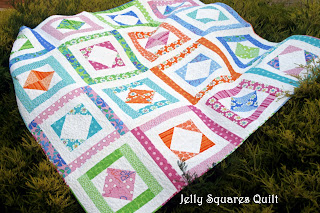 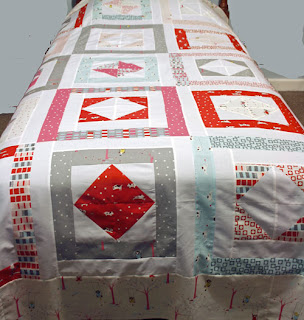 I'm officially releasing this pattern today, you can get it through Hetties, or QFD or direct from me through my Craftumi Store.
Posted by seabreezequilts at 6/06/2011 07:19:00 pm 5 comments: 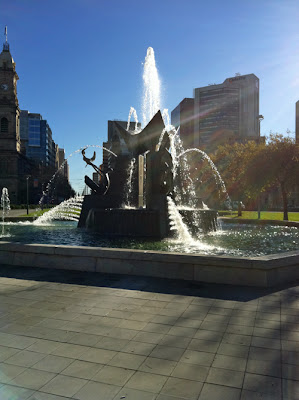 Took this picture yesterday on my iphone, quite surprised at the detail that it picked up.   Love the ray's to the right of the frame.
Posted by seabreezequilts at 6/03/2011 06:44:00 pm 3 comments: 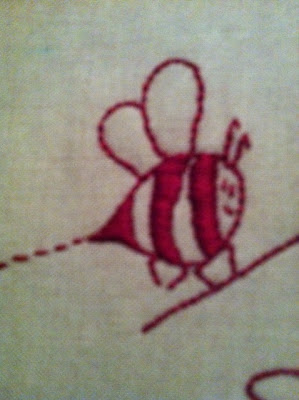 Its been one of those weeks this week.  Tuesday is my day for doing all my run around jobs and going to sewing for an couple of hours.  I woke up at 5.30 with a tummy bug and that put paid to Tuesday which was spent pretty much all in bed.  So there are no fruit and veg in the house the mountain of ironing is still sitting on the pool table and the sewing schedule is a bit behind.

Today's schedule is a bit over the top and will start with a visit to the city for an appointment and various stops and errands on the way home in time to pick the kids up.   Tonight I hope to continue on with this secret squirrel project.

I am trialing using parlen as a backing for the stitchery.   I normally don't like anything thick behind embroidery (I use to use a fusible voile until I was unable to get it) and I have to say that I quite like the effect on my satin stitch.    I don't know that I would like to use it on a quilt (but I might give it a go) but on a small project it is ideal.