This guy graduated high school this week.  We have to wait until December to see how he went.  Though he did get the school award for the UAV project for the year 12 component so I think he did ok.

None of his friends were going to the formal which was held straight after the ceremony  but we had paid for his ticket and up until the night he wasn't going. I had a feeling he would change his mind which he did.  There were mixed reviews on how the night ended as Adelaide was hit by a terrible storm which left 40% of the city blacked out but he got home safely.

This is the first week he has been home full time and he is already bored, we have shopped for clothes so he can have something other than t-shirts and sports wear to wear out and he has landed a job at a restaurant with a chief he worked with at his current job briefly.

He has only been getting a couple of hours of work a week to the restaurant close to home, this chief has offered him min 15 hours a week which will be good until Uni starts but it means he is going to have to get to know public transport a little better until he gets his licence as it is a 40 min drive from home so we are only able to pick him up at night.

He's caught a couple of concerts over the last few weeks and he is hooked on live music so he is going to be needing the extra money.  Mo's keen to go to see some bands as well as she is listening to more indie music now, so I see a discussion with DH about letter her go with Maestro in the near future.... Lucky Me.

Mo has only 1 more week of school for the year and she has a mountain of home work to get done in that time so I don't expect to see much of her.  I only have 3 more weeks of work, half of one will be spent in Melbourne for training and I have a bucket load of work to be done before then.  Wish me luck.
Posted by seabreezequilts at 11/25/2018 11:34:00 am 2 comments:

All PDF patterns excluding current Row By Row BOM are 50% off.

Find them at the link above or in my etsy shop: 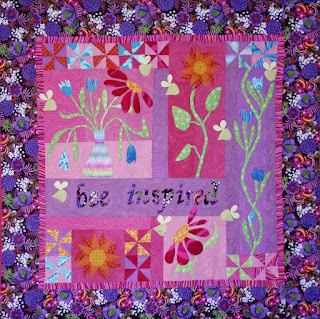 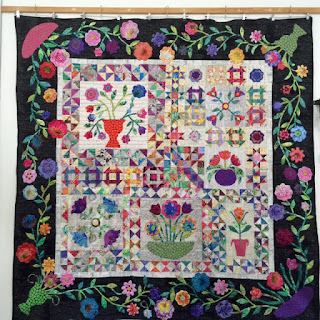 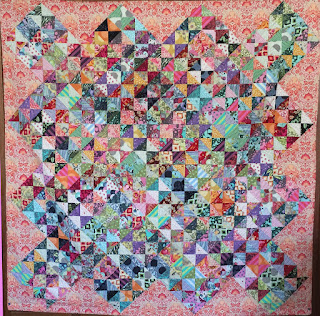 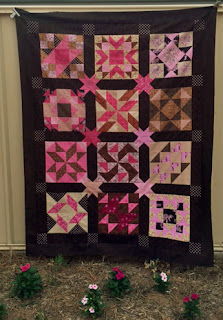 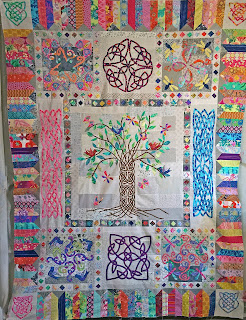 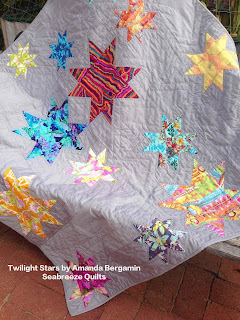 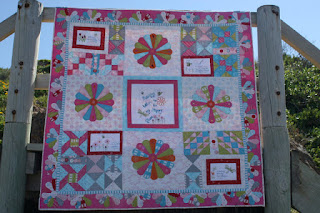 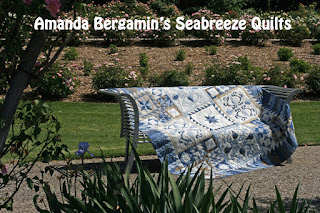 Row by Row the Florist Shop is up for purchase

I'm slowly working my way through the pattens Row 5 is now up for sale in my shop. It will be discounted on 1/1/2019.  Enjoy

October was a bit of a Roller Coaster 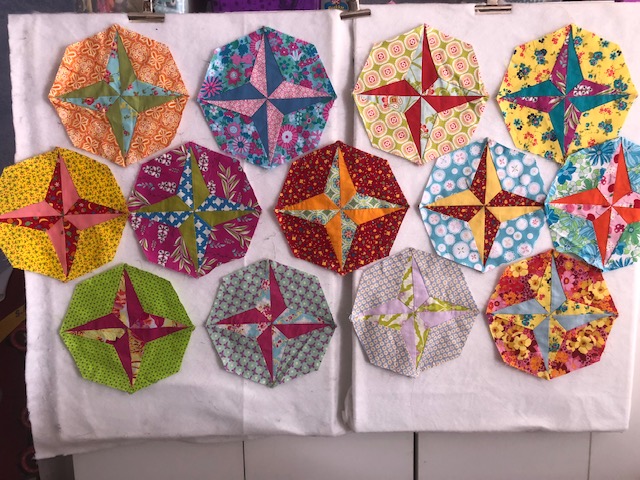 October proved to be a bit of a roller coaster.  Usually my work starts to slow down but by the last week in October, there was just no tunnel in sight.

Working this year has been really hard, my workload due to changes in software has pretty much doubled and I was bringing more and more work home and feeling guilty when I didn't.  I have been stressed and my blood pressure increased again and I had to change my meds for the 2nd time in 6 months and I'm back on prescription antacids.

So I emailed my boss and said I needed help fast or I was getting out permanently.  My boss acted right away and we have put some stuff in place to relieve the pressure.    I'm working to rule (sort of) and we are only doing what we need to do and the boss is taking over some of the things  I do and we plan to outsource some of my work from January.  I'm starting to feel better and the blood pressure is back under control and the boss is going to keep checking up on me this doesn't happen again.

I've been stitching more and have gone to a couple of Thursday stitching classes at Hetties for a couple of hours or R&R.  My Mayfair blocks have been the main winner.  I have 2 more centres to go for the quilt and then i will be starting on the surrounds. 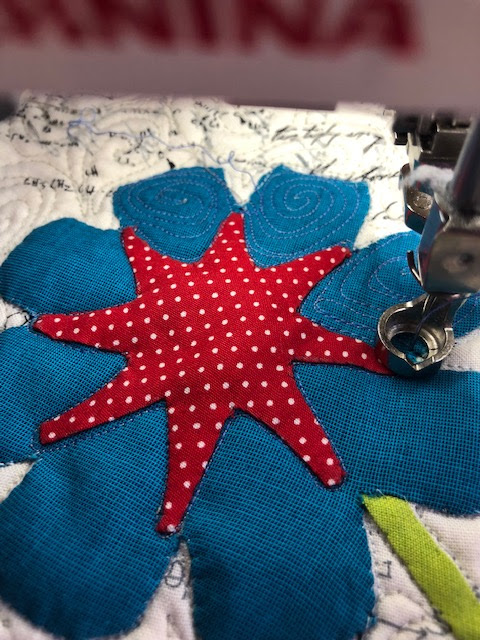 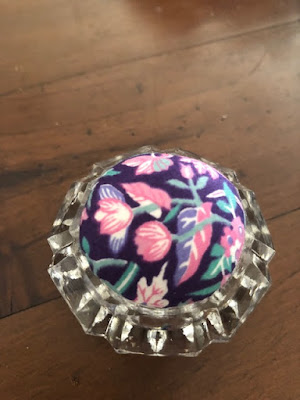 I've started adding colour to the quilting of the row by row.  I'm not stressing over getting it finished just doing a couple of hours here and there.

Below is a beautiful pin cushion I purchase from Sally Von Bibra you can check out her wares on instagram.

The fan row is discounted this month.  So head to the row by row page or follow the link here to get your discounted pattern.
Posted by seabreezequilts at 11/02/2018 03:50:00 pm No comments: