Stitching has been a bit sad this week.  I've had a couple of physio appointments for my elbow which is a lot better this Monday than it was last Monday.

Here to see how everyone went head here 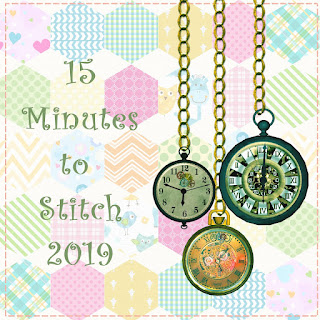 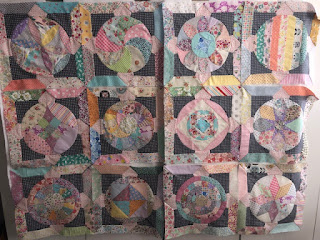 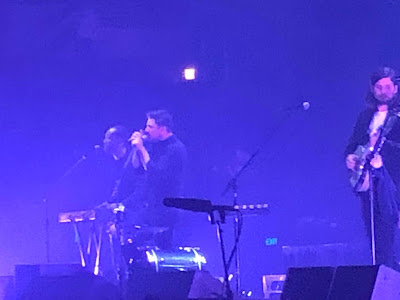 Our seats were excellent and Maestro didn't abandon me for too long.  He found a friend in crowd who was there with his family so he didn't feel so embarrassed going with his Mum.  The age demographic for the group was pretty wide, lots of people my age and older as well as families with younger kids.

The concert was in a word epic, and worth the money for the great seats. 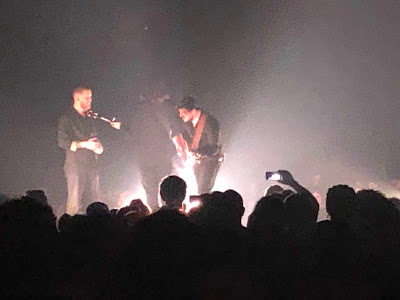 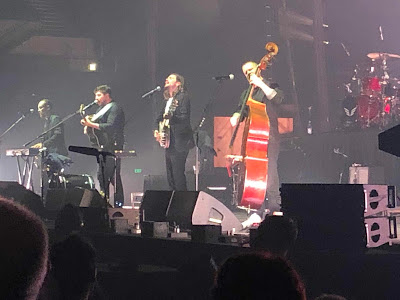 And lastly its Mo's birthday today.  She turns 16 and so much has changed in the last 12 months, she is the happiest she has ever been and has found the balance in her life.  There is less anxiety, though it still hits and she laughs all the time.  She made herself a cheesecake for her birthday and decided that cheese cake for breakfast was perfect on your birthday.
Posted by seabreezequilts at 1/28/2019 11:22:00 am 1 comment:

I've started a stitching journal so I can record my creative time now that I am back at work just to make sure that I keep that life balance think happening and linking up with Kate at Life In Pieces.

This week I did quite a bit of work on Pretty Circle Game Frames, a bit of backbasting continuing on from my class at the end of my holidays and started cutting out the Background fabrics for Florence.

There where 2 nights where I didn't stitch due to my sore elbow but the days when I did stitch a did more than 15 minutes so I came out on top I think. 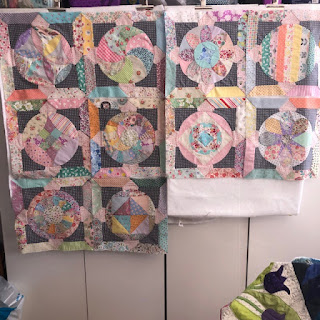 Since this photo was taken I've completed another block and will finish the row tonight.  Then only 4 more to go and I can work on the appliqué border.

Back to Work but some creative time was had

The last week of my holiday's I spent a sewing day with the girls and we each made this Vintage Thread Caddy.  I got the kits from Luccello at Christmas and gave them to my friends as part of the Christmas present and we organised to do them together at our next sewing day.

I found my stash of vintage spools and added them to the cord, I have anchored the threads at the top of each spool with some glue so they don't unwind on me.  I'm loving using it, it sits on the arm of my lounge and holds my thread, scissors, thimble, needles etc. 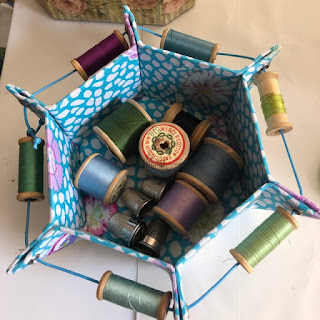 I also went to a class in Backbasting appliqué last Thursday at Hetties School House in the City series.  I'm not hating it now that I have had a chance to do it at home. 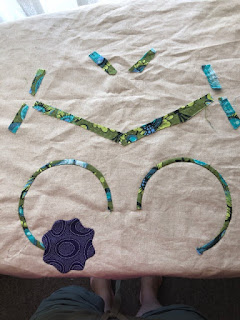 I'm more than half way through putting the final frames on Pretty Circle Game blocks.  The only thing holding me up is problems with my elbow, I'm booked into the physio next week.

Here is my Circle Game Progress, I am now working on the tenth frame.  I couldn't stitch last nigh but hopefully I can tonight. 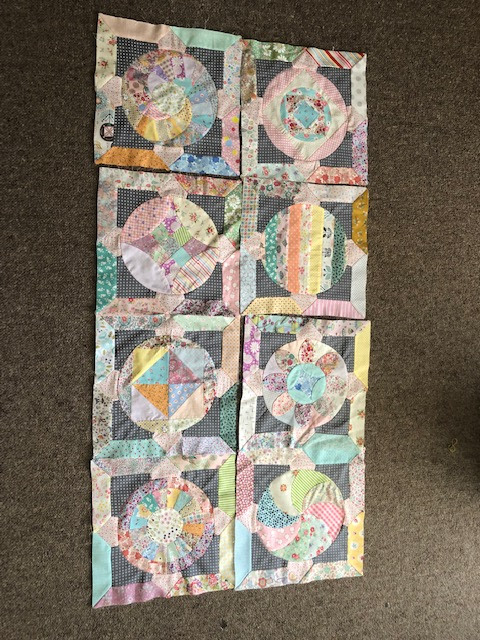 Maestro got into his first Uni preference, he is doing a double degree for Middle School Teaching and Science. I don't know if that is what he is going to end up doing but it is a start.

It's hard to step back and let him just do his thing but we have done that and left everything pretty much up to him. Though there has been a bit of discussion.  But he has organised everything himself and we just stepped in to help with some of the finance questions and when he was having trouble with what he selected but we encouraged him to either go to the uni or ring them and he got everything sorted himself apparently he still having a few technical issues with his online class selection but he's going to sort that out this week.

He is finally becoming more independent, Mo has always done stuff for herself he has tended to leave stuff until we do it for him, but over the last few months he has started to take more stuff on.  His new job has helped and I am sure Uni will as well.  Now we just have to get him to get his drivers licence and then he will be less reliant on us.

He has lined up a string of concerts over the next few month and even purchased a ticket for Mo to go with him to one in April.  Mo has been pushing to go to a few concerts too but she hasn't really had a close friend want to go to the same ones, and I am reluctant to let her go with just an acquaintance.  B


oth like similar music, so they will be able to go to all ages shows together in future.  He's got past the can't stand his little sister stage and doesn't mind hanging out with her anymore and is friendly with most of her friends.

Happy New Year and Row by Row Switch Over 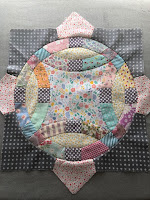 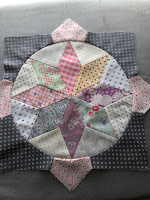 We had a low key New Years, Maestro headed to a party so we were waiting for a phone call to be taxi.  He ended up staying at the house we then got a phone call at 7.30 this morning to pick him up.  Suffering he went straight to bed and has only just surfaced at 2pm this afternoon.  He's got a shift tonight, just glad it's not me. 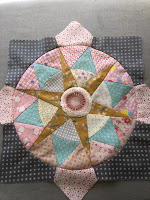 Hubby and I watched some cricket, a scary movie and watched our own personal fireworks display as someone set off fireworks on the reserve that our house fronts onto.  I think they were moving round and using all the reserves in the area so they weren't caught.
I used the evening to stitch background squares to my Pretty Circled Game blocks and got 3 done last night.  I have three more squares to stitch, then its frame remaining blocks and put the quilt top together.

Over the last few days I have been working on instructions for the Row by Row.  Row 7 The Vines and 8 The Flower Field are now available from my Etsy Shop.

As it is the first of the month we have changed over the discounted pattern.  The Florist Shop is now discounted.

I've been doing a bit of machine quilting.... really regretting putting all the detail in.  Can't wait for it to be finished.