Bowerbird Market and a bit of quilt design

Mo and I went to the Bowerbird Market last night.  She gets more excited about it than I do and then spends the whole time whispering to me... you could make that Mum or I could make that.  Most of the things our out of our price range especially the clothes.  I did pick up some nice Xmas cards and some fabric to back the Celtic Tree of life. 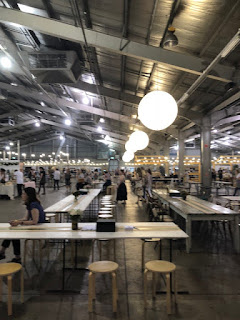 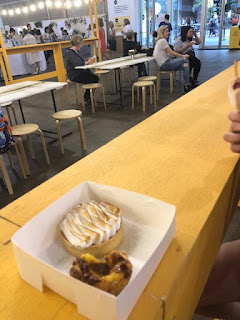 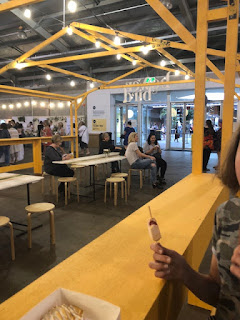 Of course we had tea there.  We have eaten from Let Them Eat a couple of times out and about and the food is quite yummy, mostly vegan and vegetarian so Mo is alway happy if we find them as she knows she will find something to eat without scrutinising the menu.  And we found some yummy deserts to share.

Over the last couple of days I've been fiddling with my next quilt design.  Here is what it looks like so far. 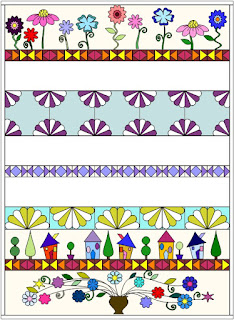 We headed to the beach Saturday afternoon and spotted the shark plane flying overhead.  We don't usually walk on the beach I prefer to walk on the walkway away from the sand but Mo has blisters on her feet (from running think it might be time for new shoes) and she wanted to walk in the sea.

The plane was circling which was a bit strange then the siren started a shark had been spotted.  Luckily it was a coolish day so there weren't many swimmers that the life savers had to call out of the water.  Most people know to head to the shore when the siren sound anyhow.

Apparently the plane started early this year as there has already been sharks spotted in the last couple of weeks and last night's news featured footage of 3.5m menacing a boat off St Kilda. 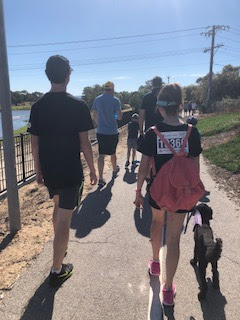 Sunday we all got up early and headed to another beach down the way for the Walk4Brain Cancer.  We we doing it in honour of the son of a guy my hubby works with.  He is 6 and has been diagnosed with a brain tumour he is having experimental treatment and it is hitting his little body hard, he is currently in hospital with the side effects and wasn't able to make it.  The statistics for brain cancer a pretty scary, with  only 2 in 10 people diagnosed will survive in 5 years and there has been little change in the statistics in the last 30 years.

Hopefully the government focus on this cancer and these types of events can improve the survival rate and help find a cure. 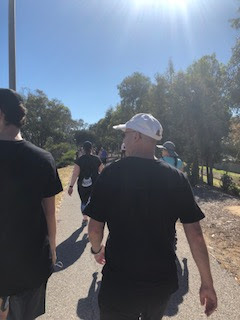 It was a bit warm but we enjoyed the morning exercise.  The dog was very well behaved especially with the number of people and dogs in the group. 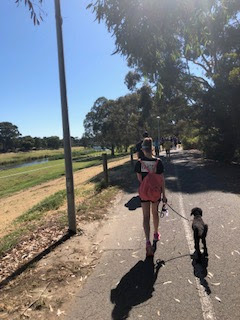 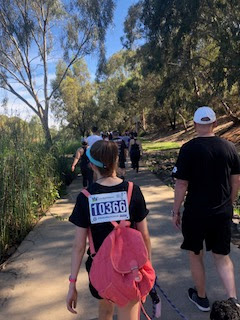 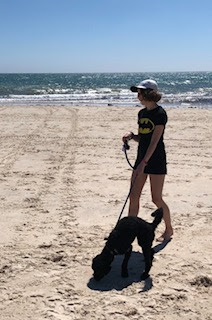 SACE and all the turmoil 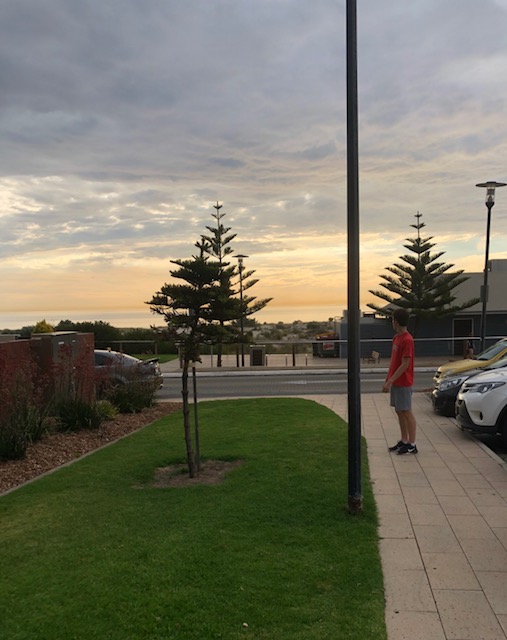 We've had some angst this week with this one. A couple of months ago we all went to the school for subject selection.  We talked about subject selection possible need to pick another subject if he didn't get the appropriate marks etc.  His PE section was discussed and if he was prepared for the work involved and the exam at the end.  All was good he was prepared to put in the effort, it was a good fit for what he thinks  he might do at Uni.  They said there were only 20 places available.  We made sure that he kept PE a priority as he needed to be top of the class if he was going to get selected for those 20 places. As it turns out the marks weren't the problem, the problem was that the class didn't have the required number of student wanting to do it, it turns out the school has only run the class once in the last 7 years (if that had been mentioned we would have looked at other school alternatives or steered him away from the subject in the first place).

We emailed the school as he was not in the least bit happy PE had been on the radar for 2 years.  We all had a sleepless night as there was 3 week of school left, I started researching nearby schools to see if that was an option it was all to hard.  The next day the year 11 councillors recommended Tourism which didn't take into consideration his academic achievements or his interests but that was the only alternative offered, he left the counselling session despondent.  The response from the school was that as no Uni course required PE his tertiary options were not limited by it being dropped.

He then walked into the IT Unit upset and happened upon one of the teacher there that offered him an alternative a project in conjunction with the Uni of Adelaide.  This project is unique to the school, starting next year that can be counted toward Stage 2.  A select number of year 10, 11 and 12 students have been asked to join the project, the only draw back was Mo has been asked to join as a year 10 due to her academic achievements this year (she received a Medal for Excellence again this year).

He came around after a bit of discussion and the fact that I wasn't going to not let Mo miss it just because he thought she would lean on him to much.  Their academic approach is so different I don't think she will be leaning on him at all, I suspect what will end up working well together if they have to but I suspect that they will be separated to a certain extent.

I have spoken to the teacher coordinating the project and it will be a great opportunity for both of them that could lead them into a range of other tertiary studies.  We will have to keep an eye on Mo as she probably should drop some one of her lines of study to keep up but she doesn't want to.  I think we will play it by ear see how she goes, at the moment she thinks there won't be much out of school work for her choice line and she should be able to keep up.

So there is a silver lining, however I am less than impressed with the way the school handled the whole thing.  Maestro was lucky that this project came along he had studied Robotics and IT in the past  with good grades to enable him to slot straight into the project.  There were 10 other kids that have also been displaced and a couple of those were counting on PE even more than Maestro.
Posted by seabreezequilts at 11/13/2017 05:13:00 pm 1 comment: