Another Month Bites the Dust 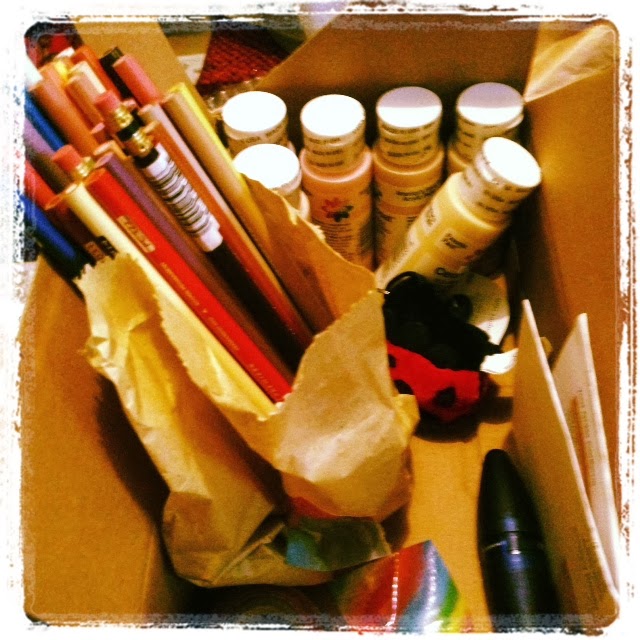 I can't believe it is the end of February tomorrow.  Of course February is my favourite month as it is my birthday month so I am sad to see it go.

My birthday present to me arrived, which I have been super excited about.  It is a set of Prismacolor Pencils picked out by Jane Davenport as well as some skin toned acrylics that she likes to use.  I also purchased a couple of other bits and pieces so that I could get free postage.  The list was way bigger but as our Pool Pump blew a gasket a couple of weeks ago I toned it down a bit.  I'll head back later for Part 2 of the birthday present. 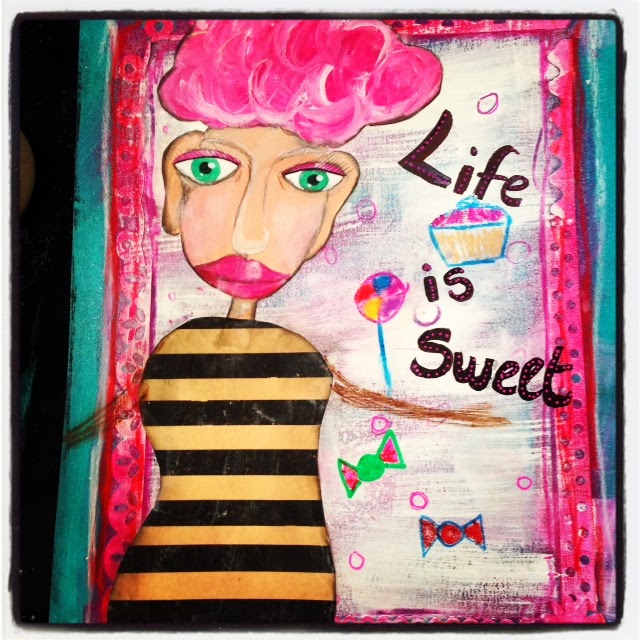 I've been a bit slow on the Life Book Projects, but I have downloaded all the video's and they are on my iPad.  I'm hoping to have some quality time tomorrow with my art supplies so I might get a couple of more projects done... fingers crossed.  Here is the my next finished page and the lesson was by Marieke Blokland.

Month 7 of Wendy Williams BOM came on the same day as my birthday present which means that I am only 6 months behind on that particular project but I am slowly putting the first month pieces together... with any luck month 1 will be finished by the time I get Month 10.

Lots of half hexagons have been cut ready for a sewing marathon some time in the near future might have to arrange a sewing day with the girls for that one..... I just have to cut a heap of triangles to go with them.
Posted by seabreezequilts at 2/26/2014 07:37:00 pm 3 comments:

Breaking free of the Shackles

Some of you will know the trials and tribulations we have had with Telstra and getting a decent phone connection over a number of years… I think we have been pretty patient.  But at Christmas time when Telstra told us our phone line was fine (slugged us $120) for the privilege and gave us some crap about it must be our cordless phone causing the problem, I’d decided once and for all that we would get to the bottom of it and if I had to get someone else to do Telstra’s work for them that’s what I’d do no matter the cost.

Dealing with Telstra was also sending me slightly nuts ... there standard answer was if you had your internet with us we could do something more... even though our phone line was crackly they just stuck a bandaid on it and as long as we had a dial tone they were ok with that. 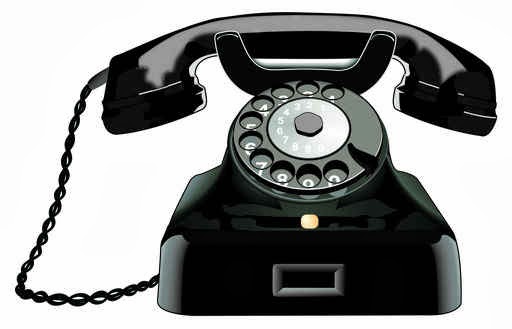 In December I drew a line in the sand and said I wasn't dealing with Telstra support any more and turned to my internet service provider look into it… yes it has taken a couple of months (but at least now it is fixed once and for all and what's a couple of months when our problems have been going on for years).  They trouble shooted everything from modem, to line noise etc found another problem with the line in the street but sent out a technician to the house to just make sure.

The Technician was fantastic and wasn't leaving until we had a perfect crystal clean line.  He checked the connection to the house and the connection in the house and there was ever so slight a blip inside which he decided might be the cause so on one of those those stinking hot days we had in Adelaide a couple of weeks ago he went up into the roof to investigate.  I made sure he had plenty of ice water when he came down.  Turns out the phone line in the roof was a bit of a mess,  which he was able to fix.

After a weekend of super fast internet and going from 200+ drop outs a day to zero I applied for Naked ADSL so now we have a new phone number.

Today I took pleasure in being on hold for 15 minutes to Telstra to cancel my phone account.  For $10 more than I currently pay for internet I get $50 free calls a month and I never have to deal with Telstra international call centre again and navigate there stupid web site where you can never find the right number to call and even when you do you still get transferred to the wrong department (can't tell you how many times that.

Today marks the day when I have been motherless longer than I had my Mum.  23 years ago yesterday she passed away, and as I turned 46 last week I count it as another milestone so now I have been more without a mum than with one.

I don't  ache anymore for what I have lost but I do try and imagine for a while sometimes what it would have been like if she had still been here and been a part of her grandchildren's lives.   And I know she would have been a very big part of their lives if she was still here and I am sad that they have missed out on that. 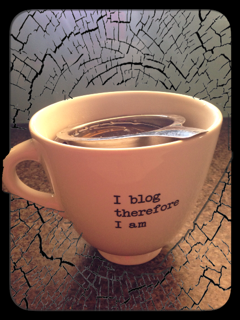 On a lighter note, here is another of my birthday pressies.  Its a nice big big cup about 1/2 a litre worth.  I don't think for one minute that my blog is the sole reason why I exist that would be very sad indeed.  But it is a bit of fun.  The photo art was done using PopAGraph it is a new app to add some fun to your pictures.  I haven't worked it all out yet, I am sure you will see some more in the coming weeks.  I'll keep trying a see if it's worth purchasing the full version.

Haven't done any more sewing this week, fingers crossed for the weekend, but I did go and buy some more paint brushes and a new paint pallet to mix my colours... so I am hoping to finish another lesson for Lifebook soon.
Posted by seabreezequilts at 2/20/2014 09:01:00 pm 4 comments:

Happy Birthday to Me 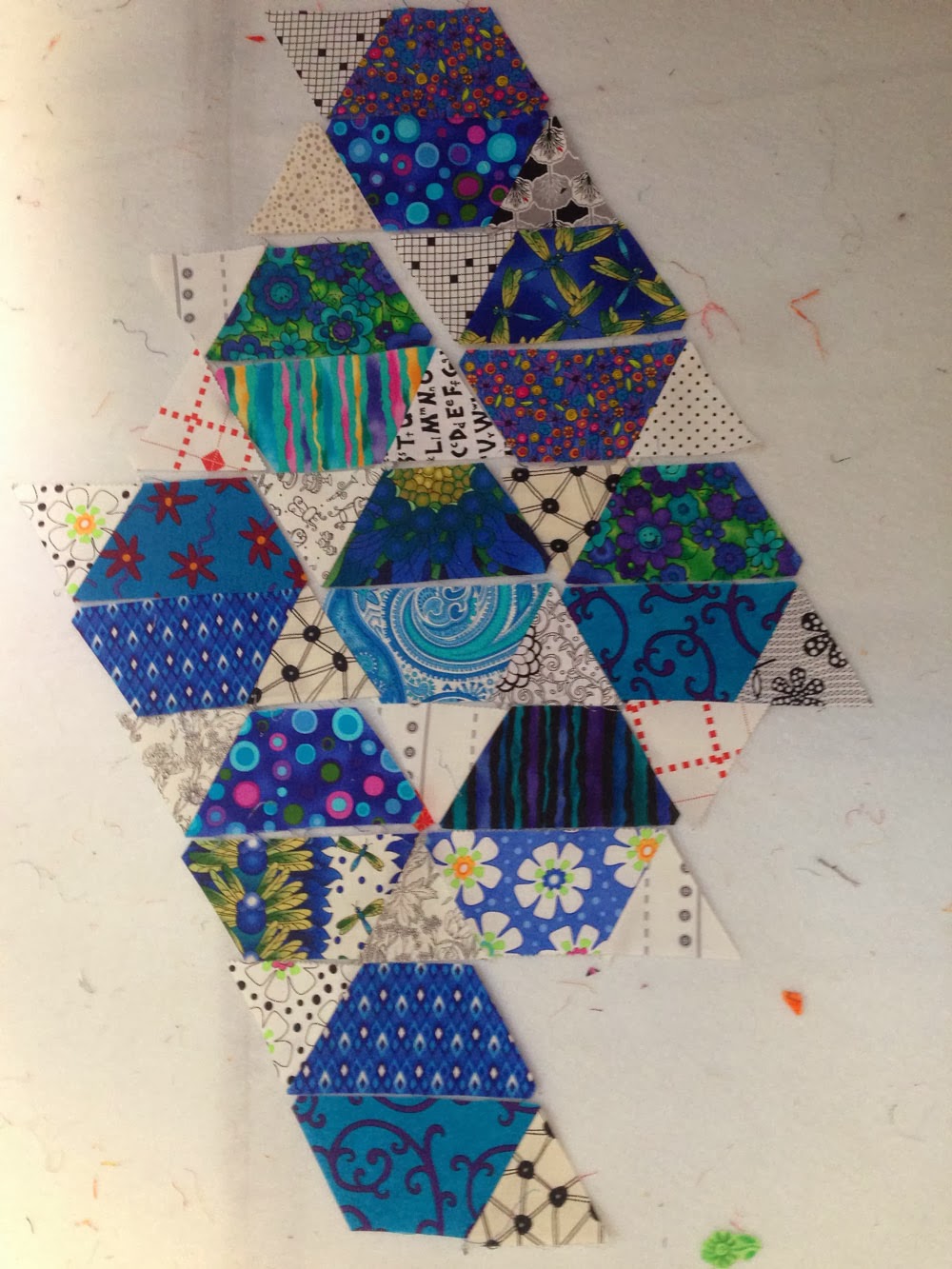 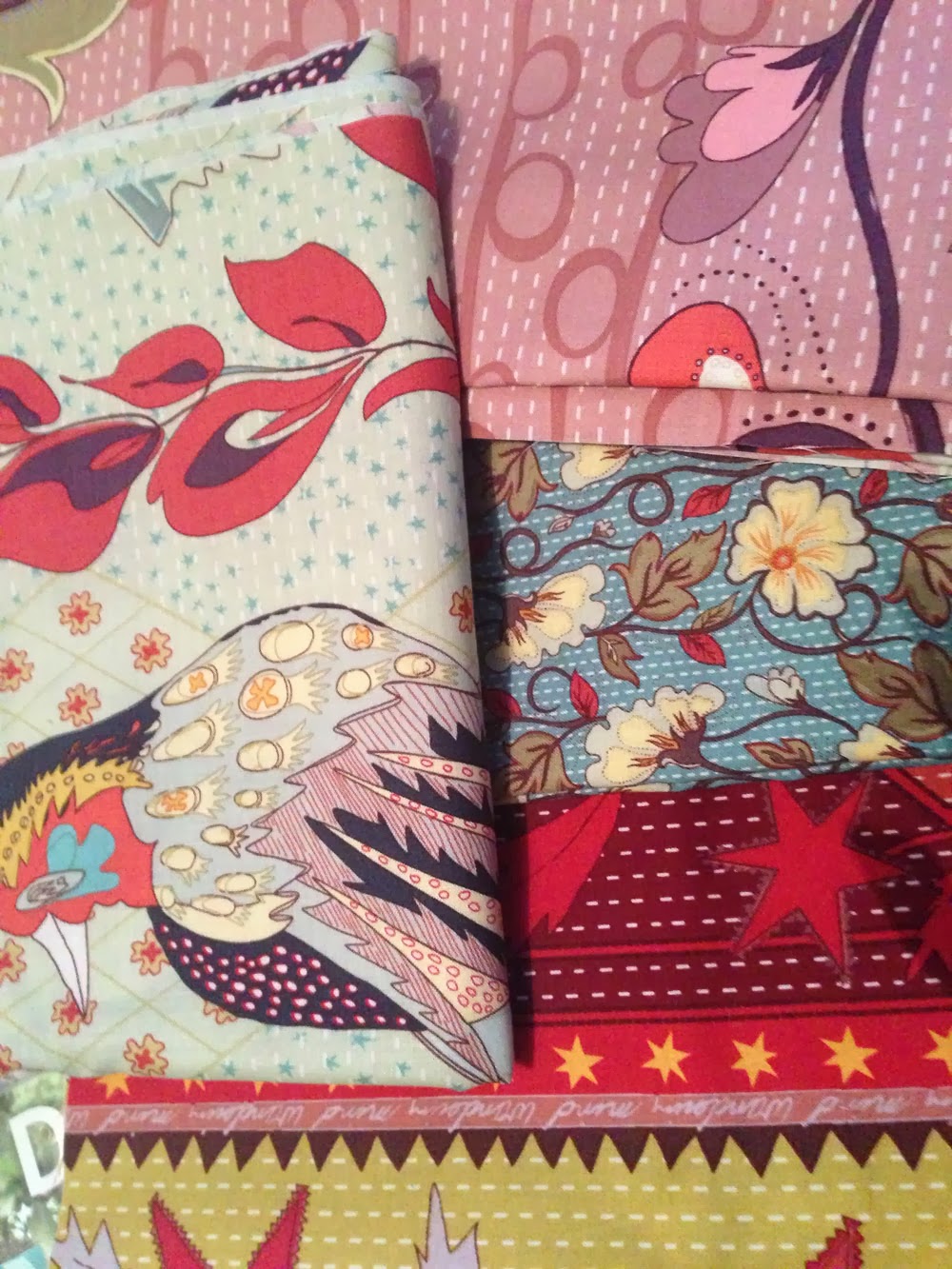 There was a tiny bit of sewing last week, a tiny bit of painting and some shopping.  Wednesday saw me turn a year older. We went out to tea but it was a pretty quiet affair as Maestro came back from a 3 day camp that day, (spent in 40 + degrees in tents), and Squid was out of sorts.  Turns out Squid was coming down with something and awoke the next day with no voice and a high fever... 2 days home.  The joys of parenthood.

The week also saw my walking efforts go down the drain.  Half way through Monday's walk my hip decided to give out on me.  Was told on Tuesday to strictly do nothing... by Thursday I'd had enough of that as I had a list a mile long for my one day off and managed 2 short walks on the weekend.  I went from only missing 4 days in 2 months to missing 4 days in a week.  Serves me right for congratulating myself for averaging 65km a week for the last month.  Fingers crossed I will be back to 6k walks by the weekend.

I got out my Hex n More ruler and started on my large stash of 2 1/2" strips.  Don't really know if the pattern will work but will give it a go in the coming weeks.  Kind of planning on doing diamonds of each colour at the moment.

There was also a visit to Hetties to see on the weekend to see another Birthday Girl and fondle some  of Kathy Doughty's new fabric.  Of course some had to come home with me also think I might need some more to make a skirt in the future.

Still haven't got a routine sorted for High school/Primary school life kinda hoping it will all come together this week as there is no camps/excursions to worry about only what the hell to put in Maestro's lunch box because he has stopped eating the savoury and now sweet muffins I have been making.... oh why won't that kid just eat bread and make life easy.

February is my Birthday Month

And to celebrate you get 10% off any purchase from my Etsy Store during the month of February.

Just use the coupon code below.