Port Clinton and back to the old routine

School went back this week.  I wasn't there to get them going Monday morning as I was still at Port Clinton, where I had spent the weekend at a sewing retreat.

Mo went off on camp to the Coorong.  It was almost the first hot weather for spring and I was expecting her to come back like a lobster, but she was good with the sunscreen and although very tired not much worse for wear.

The weekend retreat was lovely and relaxing, although the beds were a little hard the accomodation was really nice and it was lovely to wind down stitch and talk at night.  The drive was a little nerve  racking as I am not use to driving distances on my own, but I had an audio book going so it wasn't too bad. 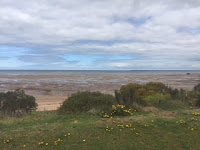 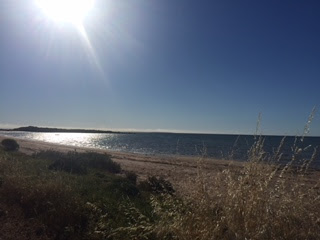 Port Clinton really doesn't have much just lots of shacks and its quiet.  When I went walking and everyone just says hello or waves to you as you walk by I'm used to everyone ignoring you when you walk.

The low tide sends the water all the way out leaving mangroves and mud flats it took me back to spending time at a friends shack at Stansbury further down the peninsular. 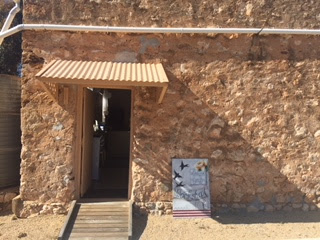 The retreat was held in the old School House which was fun, we did what I think was described as improve fabric collage and embellished the it with embroidery stitches.  Using cut up Kantha quilts as background.  I used some of my liberty prints as well as some from the scrap basket.  It was all very civilised and relaxing. 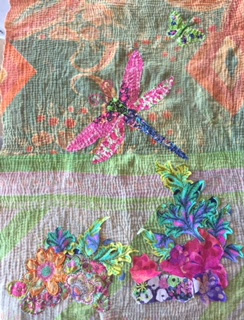 It was hot in the city when I returned, it meant waiting till it cooled down and hubby and I went for a twilight walk Tuesday night.  The sea breeze was wonderful down there. 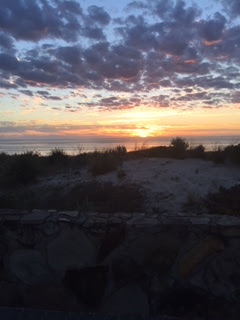