15 Minute Challenge things are slowly returning to the new normal

Pubs are apparently open and places are beginning to open up.  Borders are still shut so we are in our own virus free bubble at the moment.  Eastern states still have active cases and there are known clusters so I think borders will stay closed for a number of weeks yet.

Maestro has 3 double shifts at the end of the week so he is happy, he is getting Job Keeper but he would prefer to be busy.  He hiked last week 3 times up to the top of Mount Lofty and back down again.

This week Mo and I worked on the bag for her boyfriend I finished the last of the pouches during the week and we worked on the outer bag for most of Saturday.  The picture below is the finished bag, she is pretty happy with how it turned out and she thinks he will think it is amazing.  The proof will be when she hands it over tomorrow.  It to hold his keyboard so its quite wide and we made an adjustable shoulder strap. 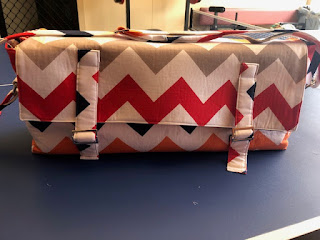 She has made his cake this afternoon, and made brownies for him yesterday.  She is going after school to his house for family dinner, I have to help carry everything in apparently.

This week I worked on a new granny square from Granny Square Academy (Spincushions).  12 squares done.  I'll start on the next pattern later in the week. 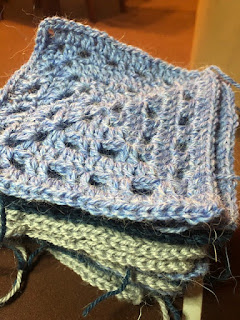 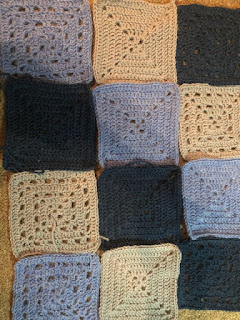 I think I will stick to cross stitch for a couple of days I'm getting to the end of the first Blackbird Design Project and I just received the next project which I am itching to start so I need the first one finished.  It is one of the barrel pincushions which I was hoping we were going to get as one of the projects.  In the kit there is a monogram pearl button to go on it. 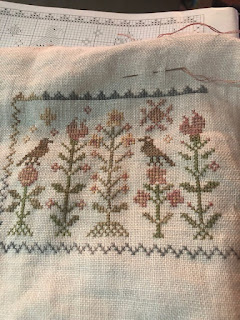 Since this picture was taken I have started working on the house part of the pattern.  So it won't be long.

I've just got back from the physio, my back has been sore the last couple of weeks.  I will be putting on a heat pack later this tonight. 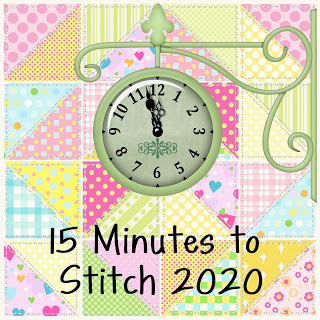 So how did you go this week.  I think I can safely say it was another 7 out of 7.  We have been watching The Bridge (USA) the last week so there is plenty to watch we are into the 2nd season.  I am going to have to talk my husband into the watching the other subtitled versions which I think go for 5 season, its a bit gory but we have been glued to the TV so plenty of stitching time.  I've also been watching Sweet Magnolia's on Netflix its a nice brake from Drug Cartels on the Bridge.

Congrats on getting the bag finished. It looks very sturdy. You've got lots of fun stuff to keep your hands occupied. Hope you back starts to feel better soon, a sore back is definitely no fun.