Travelling Up North and an Apology

Sorry I have been absent this month.  Early in the month I let the Chemist convince me that the generic version of the medication the Dr has me on was the same .... so not the case so sided effects returned.  By the time things settled down we were full on into travel prep and heading up North to the heat and sunshine of Cairns.

So for the apology… due to the factors above I haven't started Novembers block for the BOM which is going to be a little/lot late this month but I will keep the current block up until it is replaced with the next one and I will try and get back on track for December.

Now for the Holiday and a few pictures of what we got up to.   DH has been at me for about 12 months to organize a holiday and I’ve been avoiding it as I usually come back more stressed than when we went.  This time it was not the case, I loved it and came back very relaxed.  We kept busy as the kids wanted to do stuff but a couple of the days we only did morning things then had the afternoon for the kids to play in the pool at the resort and me to sit on the balcony and read while looking out at the said pool and ocean view.

Day 1 Travel and settling in to the resort. 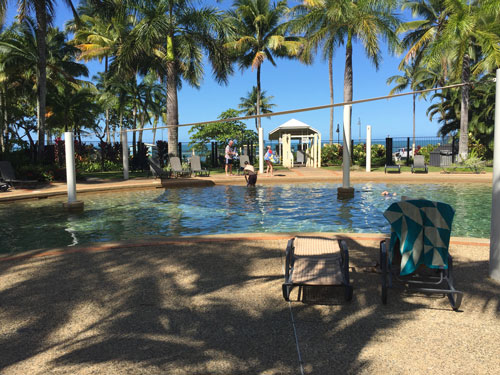 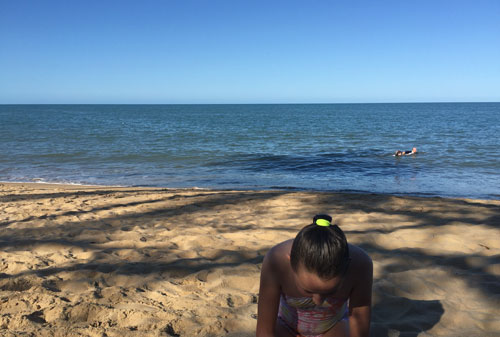 Resort Pool and across the road the beach.

Day 2 Drive to Hartley’s Crocodile Adventures, this was a fantastic stop which I really wasn’t that interested in but the resort recommended it.  There were things to do throughout the morning and talks to listen too about birdlife as well as the crocodiles and the kids tried crocodile we then headed up to Port Douglas for a swim. 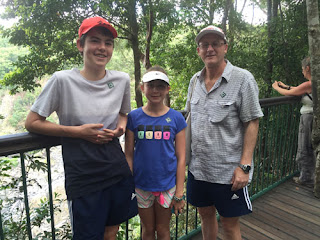 Day 3 Day trip to Reef Magic, Pontoon on the Outer Great Barrier Reef to swim with the fishes, which was just magical.  We snorkeled had a couple of trips out to the reef in glass bottom boat’s this for me was the highlight of the trip.  Maestro took his gopro and we got some underwater footage but he hasn’t downloaded it yet (too busy reacquainting himself with his steam account).

Day 4 we drove to Karunda and went to Birdworld which wasn’t big place but we got there early so the birds were quite hungry and took food from out hands as well as a couple were happy to sit on the kids hands.  We then headed into Cairns for lunch. 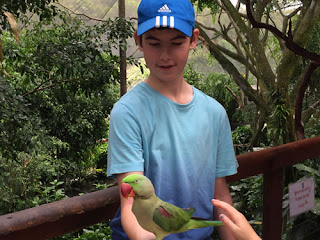 Day 5 was Skyrail and we traveled by this up and back to Karunda again, and back above the tree tops.  DH didn’t enjoy the trip up,  but surprisingly it didn’t bother me. 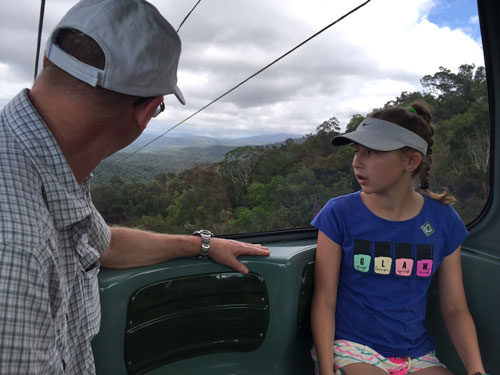 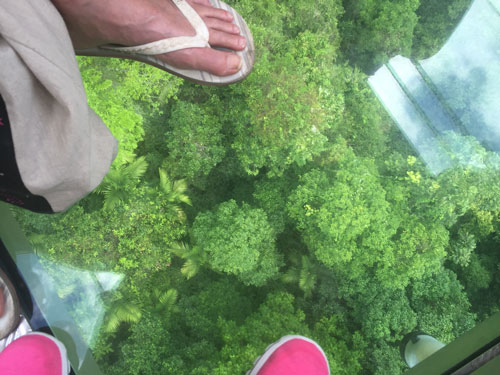 Day 6 was travel again.  Our plane was delayed in Cairns due to technical difficulties and we ended up missing our connecting flight in Brisbane which meant a 3 hour layover but we survived.  I took a couple of shots of Cairns and the reef from the window in the plane. 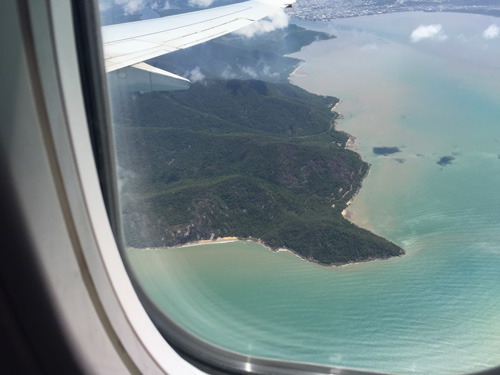 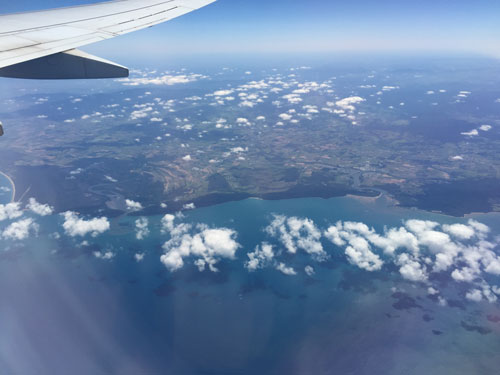 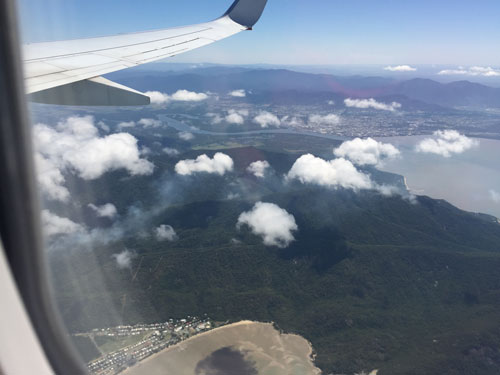 Looks like a wonderful trip. When we go on vacation, Drama Teen long ago learned to negotiate in a down day where we stay a the condo/hotel and just gel. If she didn't My Guy would have us going from dawn till midnight every day of a trip.